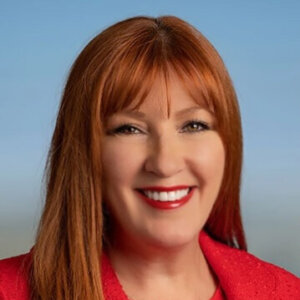 I am a director in PwC’s Advisory practice with more than 20 years of experience specializing in business & digital transformation. Within entertainment and media, I focus on business growth strategy, operations optimization, FP&A transformation, IT merger and acquisitions, application rationalization and sales and marketing transformation. As a change agent, I take a human centric approach in leading cross functional teams to deliver results in improved customer experience, operations/process efficiencies, cost reduction, increased revenue and talent upskilling.

I am a wife of a retired Air Force officer and mother to two boys who are very active in club soccer and basketball. When my family escaped Vietnam in 1975 after the fall of Saigon, we were sponsored by a Lutheran church in Portland, OR so I understand the importance of giving back to the community and helping people get back on their feet. A philosophy that I have adapted professionally/personally is that as you move forward in life, have one hand forward and one hand behind you.

Martin has been part of Gals Starting Over from the beginning as a board member, he built a portion of curriculum and was one of the original instructors.  He has provided spiritual guidance and technical expertise that has been appreciated by all board and team members.

Rodney Robinson, CEO and Co-Founder earned his master’s degree in Marriage and Family Therapy from Alliant International University. He was employed in the capacity of Group Supervisor in the mental health ward for the State of California Youth Authority for a number of years. He has spent a good portion of his career working with addicted adolescents and their families at the Positive Action Center, located at Chapman Medical Center and as a Clinical Director for Coastal Mountain Youth Academy.

Over a 10 year period of time during the 1990’s, he was employed at Focus Health Care, the most successful treatment program in the country at the time. Rodney was a member of the team of clinical intake assessors who contributed to this success by creating one of the highest conversion rates ever seen in that company in terms of getting people into treatment and then obtaining and sustaining long-term sobriety.  During his stay at Focus Health Care, he was promoted into the lead administrator role and these efforts resulted in an ownership stake in the company which was eventually sold for $96,000,000.

Recently, Rodney’s contribution as Program Director at Ocean Hills Recovery, a leading drug and alcohol rehabilitation center in Southern California, has produced success rates in long-term sobriety of almost 80% consistently over several years.  He also contributed to retaining clients and long term relationships with clients which produced results in revenues that were nearly triple the size of what the company had seen in its existence before Rodney took on his role of Program Director.

Rodney’s skills are vast in his ability to direct employees in a positive and self-supporting modality and create an extremely high rate of employee morale in his workplace.  His experience in the mental health and substance abuse recovery field covers almost 30 years’ time.  His abilities as a therapist in the drug and alcohol treatment field are evident in the vast success rates seen in his clients.  His expertise in business has been consistently proven through his contributions to revenue production seen in every company he has worked for and managed.

In his private practice, his clients have included several well-known actors, a Hall of Fame Director, Major League Baseball players and National Basketball Association members in the chemically dependent and dual diagnosis populations. He has been the subject of numerous radio, newspaper and television interviews and has had a portion of his life depicted in the feature film When a Man Loves a Woman.

Rodney has played a key role in the vision and creation of Gals Starting Over. Without Rodney’s pushing it never would have happened. His encouragement and his support have been vital to GSO over the years to GSO

Michael Cody, CPA, MBT is a Certified Public Accountant with over 20 years of experience working with individuals, as well as small and large businesses assisting them with their financial, accounting and tax needs. Mike began his career in the Philadelphia and Los Angeles offices of Price Waterhouse Coopers and spent over two years in the large and midsize business tax compliance department. After leaving PWC in 2002 he went to work for Thomas J Lieb and Co CPAs Inc. In 2016 Mike became a partner and the firm name was changed to Lieb, Cody and Co., CPAs Inc. Mike’s partner and mentor Thomas Lieb retired in September 2016 and Mike is now the sole owner of the practice.

Mike is a member of the California Society of Certified Public Accountants and the American Institute of Certified Public Accountants. He is a graduate of Rowan University in Glassboro, NJ with a Bachelor’s degree in accounting. He is also a graduate of the University of Southern California with Master’s Degree in Business Taxation. Mike, his wife Eva, and his two boys are residents of Rancho Palos Verdes and very active in their local school and community.

Mike’s firm is made up of ten professionals (five CPAs, two Enrolled Agents, one bookkeeper and two office assistants.) The firm enjoys the daily interactions with the business owners, high-net worth individuals and retirees alike and looks forward to be able to exceed your tax and accounting needs.

Mike has been part of Gals Starting Over from its inception.  He provided encouragement to the founder, consulting during the tax and legal filing process and has served as the organization’s treasurer since it was founded in 2013.

Lyn A Woodruff was born, raised, and educated in Connecticut.  Upon her graduation from law school, Lyn practiced law in Houston, Texas until she met her husband, Mark.  The couple settled in Wilmington, Delaware where Lyn and Mark started their family. Lyn served as a Deputy Attorney General for the Department of Justice for the State of Delaware during this time.  The family then moved across country to California where Lyn took and passed the California Bar and served in a variety of legal positions, which included volunteer work for Legal Aid, the Battered Women’s Task Force, and Juvenile Justice. From California, the family moved to Hawaii where Lyn worked for the Department of Justice in Hawaii in the Missing Children’s Bureau division.  While living in Singapore, Lyn enrolled as a student at Singapore Bible College.  Upon return to California, she enrolled at Biola University’s Talbot School of Theology, and completed the Spiritual Formation program.  She subsequently completed a chaplaincy program and is currently Founder and Director of River LifeCare, a confidential outreach that provides one-on-one emotional and spiritual coaching and discipleship to move people through their challenges and adversities and into greater freedom of recognizing God’s Love, purpose, and will for their lives.  She has served on the Board of GSO since 2014 and remains passionately committed to the mission of GSO!

Holly Richards has 40 years of project management and consulting experience. She was the first woman IT consulting partner with a Big 6 accounting firm and was a senior executive with software companies, consulting companies and an international logistics company. After a jarring divorce that left her searching for her own purpose, she founded Gals Starting Over. She has successfully transitioned from technology focused project manager to compassionate nonprofit leader and is leveraging her years of project management clarity to extend a helpful hand to women.

Gals Starting Over is a non-profit whose mission is to improve women’s self-sufficiency and self-esteem through collaborative educational programs.

Most recently, she published her first book – OPA! A top exec finds joy in God, Family and Nonprofit. She wrote this self-help book in collaboration with her marriage and family therapist, Rodney Robinson, for other men and women who are making a difficult transition.